from Ipanema Lounge by Frances Livings 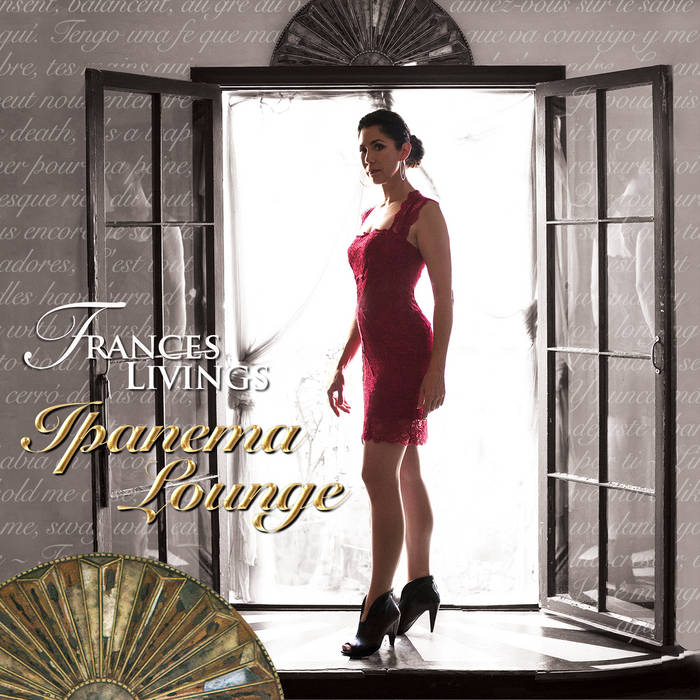 “it's a great version and you did a great job. In my opinion, for a tune that historically has few dynamics, the energy between you and Sandro [Feliciano on percussion] makes the song. I love the guitar figure and the simplified chords but the vocal and drums give the song urgency and passion. I don't hear that in other versions...”

Waters of March was named the all-time best Brazilian song in 2001. It was a poll conducted by Brazil’s leading daily newspaper, Folha de São Paulo including more than 200 Brazilian journalists, musicians and other artists.

Most recordings of this Jobim classic possess one dynamic. This interpretation is therefore a welcome departure. The central musical idea stems from a harp-like, arpeggiated guitar figure, whereas the simplified harmonic structure puts more focus on the rhythm and vocal that tell the story in a very compelling way. Darrell Diaz’ piano is very sustained, almost string like, and is a nice contrast to the drums and double bass by one of the guest players, Joe Ayoub.

Written by Jobim in the early seventies, Águas de Março was first released in 1972. The song incorporates samba and maracutu influences. He wrote the original lyrics in Portuguese and a second version followed in English.

To read about my thoughts on this song and some more background information, go to the following blog post on my website: www.franceslivings.com/waters-of-march/

A sliver of glass
it is life, it’s the sun
it is night, it is death
it's a trap, it's a gun

The wood of the wind,
a cliff, a fall
a scratch, a lump
it is nothing - at all

It’s the wind blowing free
it’s the end of a slope
it’s a beam, it's a void
it's a hunch, it's a hope

The foot, the ground
the flesh and the bone
the beat of the road
a slingshot stone

A fish, a flash
a silvery glow
a fight, a bet
the range of the bow

The bed of the well
the end of the line
the dismay in the face
it's a loss, it's a find

A spear, a spike
a point, a nail
a drip, a drop
the end of the tale

A truckload of bricks
in the soft morning light
the shot of a gun
in the dead of the night
A mile, a must
a thrust, a bump
It’s a girl, it's a rhyme
it's the cold, it's the mumps

The plan of the house
the body in bed
and the car that got stuck
it's the mud, it's the mud

A float, a drift
a flight, a wing
a hawk, a quail
the promise of spring

A snake, a stick
it is John, it is Joe
it's a thorn in your hand
and a cut on your toe

A point, a grain
a bee, a bite
a blink, a buzzard
the sudden stroke of night

A pin, a needle
a sting, a pain
a snail, a riddle
a weep, a stain

And the riverbank talks
of the waters of March
it’s the promise of life
in your heart, in your heart

A stick, a stone
the end of the load
the rest of the stump
a lonesome road

A sliver of glass
a life and the sun
a knife, a death
the end of the run

Guest hosted by Tamar Osbourn aka Collocutor and Toshio Matsuura.